Marie and I now live in Thunder Bay, Ontario. Although we haven’t lived in Atikokan for over twenty years, whenever I go there it still feels like home.

Charles Dobie has a wonderful website
http://freepages.history.rootsweb.ancestry.com/~cdobie/atikokanindex.htm of early photos of Atikokan. 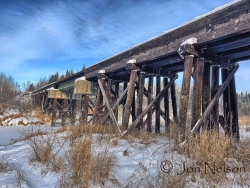 This railroad trestle spans the Atikokan River in Atikokan, Ontario. 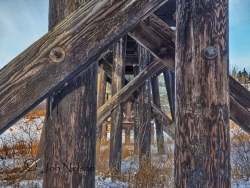 These trestle legs support the railroad trestle over the Atikokan River. 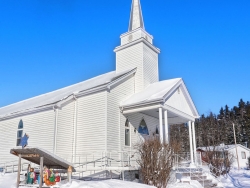 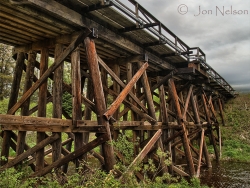 This railroad trestle in Atikokan, Ontario crosses a small creek near the Golf Course. 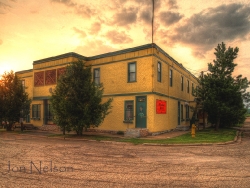 The Atikokan Hotel, built in 1937, has been refurbished into a hotel, restaurant and bar. (HDR image) 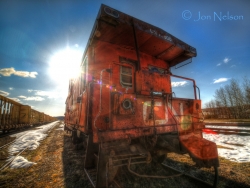 It is near the end of the day for this aging CNR caboose on the railroad tracks in Atikokan, Ontario. 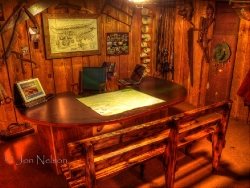 Planning for canoe trips into Quetico Park and fly-in fishg trips north of Atikokan has been conducted here at Canoe Canada for over thirty years. (HDR image) 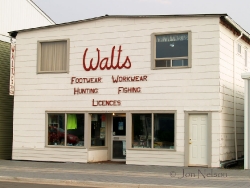 In 1950, Walt Beyak cleared spruce from the lot to build this store. It has been a family business that personifies Atikokan hospitality since then. 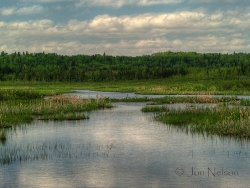 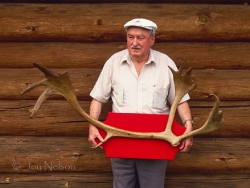 Atikokan means caribou bones in Ojibwa and this caribou antler, almost 12,000 years old was found by Charlie Brooks buried in silt at the bottom of Steep Rock Lake just north of Atikokan. More about this antler can be found in the article 'Ice Age Journey.' 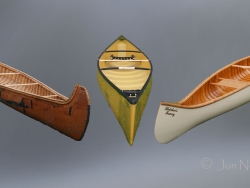 Atikokan, Ontario is the "Canoe Capitol of Canada" and it is only fitting that carbon fibre, kevlar, fiberglass, wood canvas and birchbark canoes are made in town. 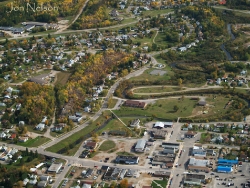 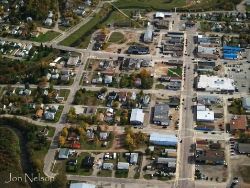 Main Street runs from the bottom of image to near the top on the right side of this 2007 photo. The gas station that was at the end of Main Street has been demolished. 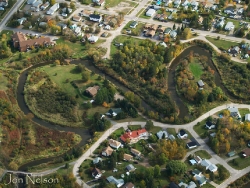 The Atikokan River twists and turns through the town. Unexpected species, such as American Elm, are found along the banks of the river. 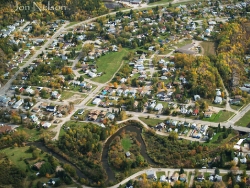 Mercury Avenue curves around the top of the photo. 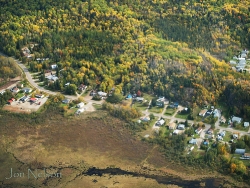 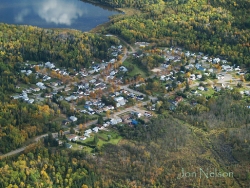 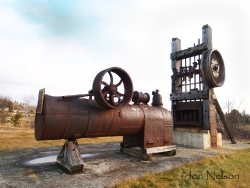 The Historical Park on Legion Point has a collection of heavy equipment from the early logging, mining and railroad days near Atikokan. 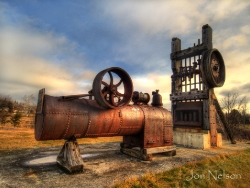 This image of artifacts from the Golden Winner Mine is from three images (HDR image) rather than the single image in the previous photo. 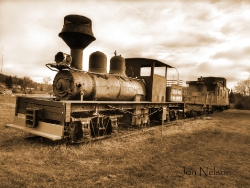 This Shevlin-Clarke locomotive on Legion Point is one of the few left in Canada. (HDR image)
1 2 ►