The staff and volunteers at the Lappe Nordic Centre are known for their enthusiasm and expertise and they had the course and all the organizing well under control for the first day of the races. With temperatures well below freezing at night and hovering near freezing point during the races, the trail conditions were ideal.  The competitions shown in this Gallery were Team Sprint races in the following categories: Men’s Canadian College and University Nordic Championships (CCUNC) , Challenge Boys and Open Men. 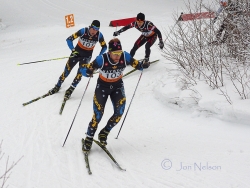 Lakehead University's Harry Seaton skis in an early round of the competition and goes on to win a Silver Medal with Angus Foster in the CCUNC Team Sprint at the 2015 Ski Nationals. 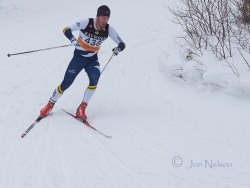 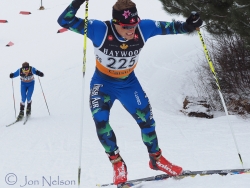 Adam Kates, skiing for Big Thunder Nordic, nears the top of the steep hill near end of a lap in the Open Men's Team Sprint. 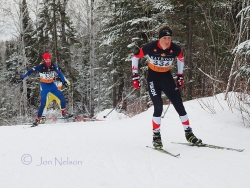 Yukon skier Hudson Lucier poles over the top of a small hill. 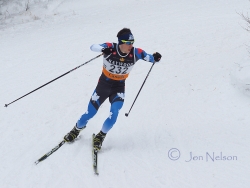 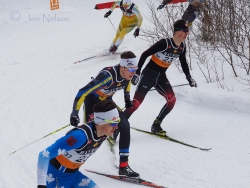 Three skiers proceed side by side up the last hill. 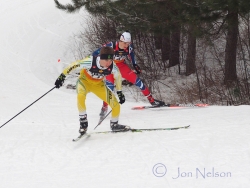 Nakkertok's Marcus Nussbaum focus his attention on the top of the hill. 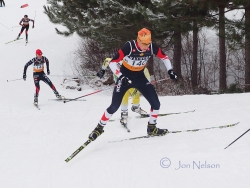 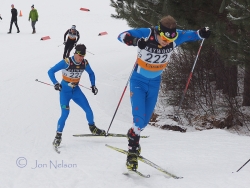 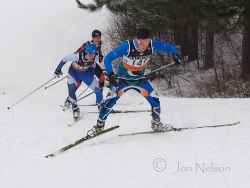 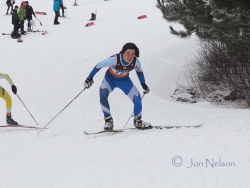 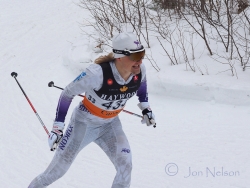 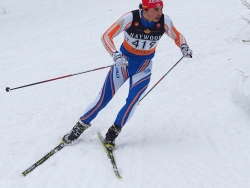 Jesse Cockney, along with Kevin Sandau, goes on to win Silver for Foothills Nordic in the Open Men's TeamSprint. 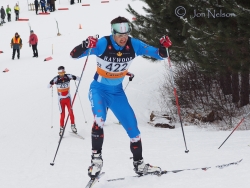 Scott Fraser from Black Jack Nordic reaches the top of the final hill before the finish. 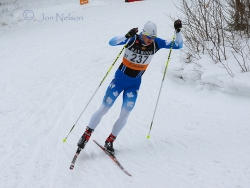 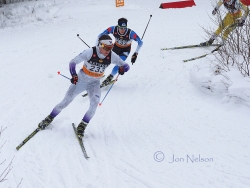 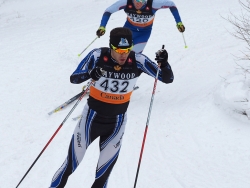 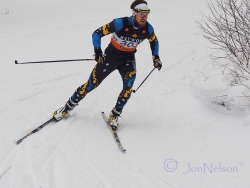 Angus Foster sweeps around a sharp corner while racing Lakehead University o a Silver Medal in the Team Sprint at the 2015 Ski Nationals. 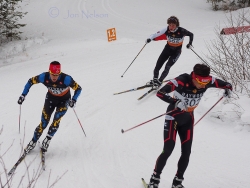 Frederic Touchette leads skiers around a corner while anchoring of the University of Laval to a Bronze Medal in the Team Sprint. 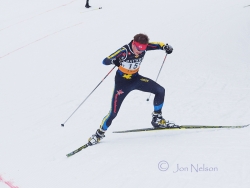 Alec Maclean from Team Hardwood works his way up the steepest incline in the Team Sprint race.
1 2 ►