Canmore, Alberta was host to a World Cup from December 12-15 in 2005 and Canadian skiers showed they could compete successfully against the best in the world. Beckie Scott won a silver medal in the 10 skate race and she and Sara Renner skied to silver medal in the team sprint before a large, enthusiastic audience. These photos were taken on slide film and the slides were then digitalized to use on the website. 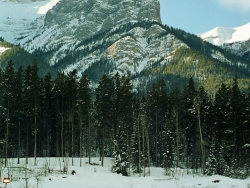 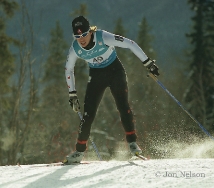 Beckie Scott on her way to a silver medal in the women's 10 km skate race. 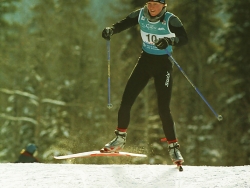 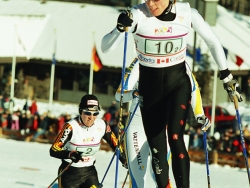 Sara Renner and Beckie Scott skied to a silver medal in front of an enthusiastic crowd in Sara's home town of Canmore, Alberta. 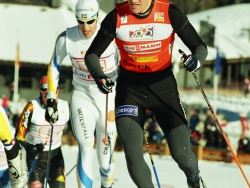 Jens Arne Svartedal rounds a corner on his way to winning the team sprint race with partner Eldar Roenning. 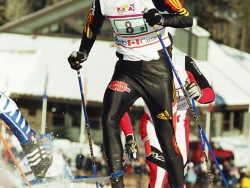 Germany's Jens Filbrich competing in the Men's team sprint that was won by Norway. 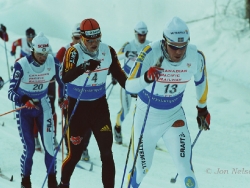 Mathias Fredriksson leads a string of classic skiers on a cold morning. 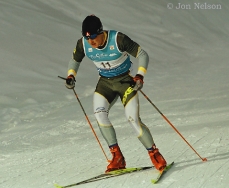 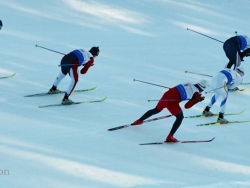 Skiers flow around a corner in the late afternoon shadows near the end of the 15 km skate race. 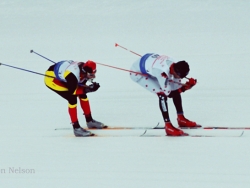 German skier riding on the the tails of Chris Jeffries' skis, must be hoping that Chris is out of gas. 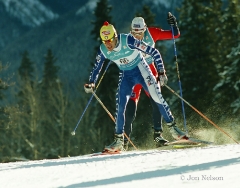 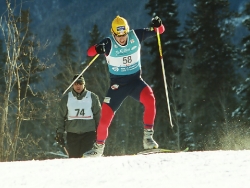 Carl Swenson tops a hill during the 15 km skate race. 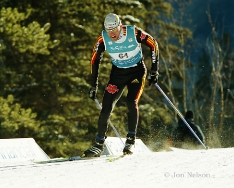 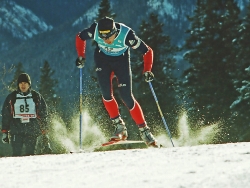 Vincent Vittoz, silver medalist in the 15 km skate race, powers his way over the crest of a hill. 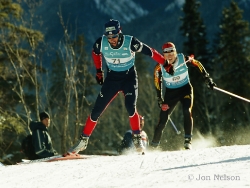