This collection of images of places and objects in Thunder Bay, Ontario is not meant of be a cross-section of Thunder Bay but is an attempt to capture some of its character and spirit. Some of the images  – such as the image of the Hoito Restaurant – were made by combining three or more photos into one image . These high dynamic range (HDR) images have a wider range of contrast than a single image. Consequently, HDR images more closely approach what the human eye sees. Some of the images, however, also have an other-worldly look. For other similar photos see Photography section called “Buildings, Monuments and Miscellaneous Items”. Some of my photos of Thunder Bay can be purchased in Thunder Bay at Fireweed and the Baggage Building Arts Centre.  More recent  Thunder Bay images can be seen in the gallery ‘Images of Thunder Bay 2’.

This image of station 25 was taken inside Bombardier's Thunder Bay plant last year during an open house. (HDR image) 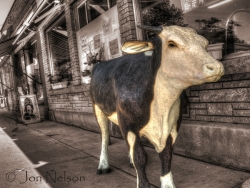 The cow in front of Bay Meats helps to brighten things up on Bay Street. (altered HDR image) 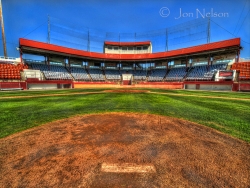 The view from behind the pitcher's mound at Port Arthur Stadium. This is the home of the Thunder Bay Border Cats. (HDR image) 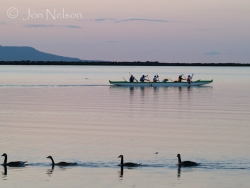 Geese and a canoe head in opposite directions on Lake Superior. 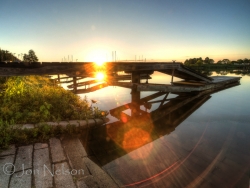 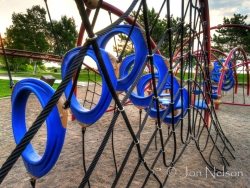 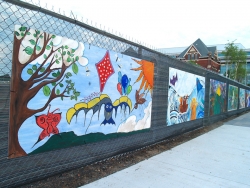 Several paintings enliven the fence along the splash pool at Marina Park in Thunder Bay. 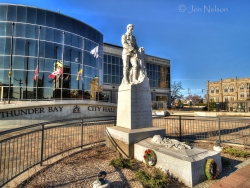 A statue commemorating those who died in recent wars stands in front of the renovated Thunder Bay City Hall. (HDR image) 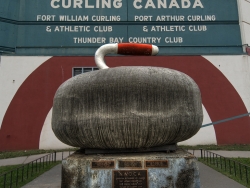 This large curling stone sits on a pedestal outside of the Fort William Gardens in Thunder Bay, Ontario. (HDR of curling stone and pedestal part of image) 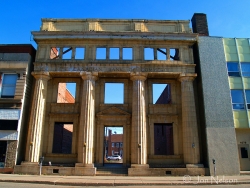 The front of the Canadian Bank of Commerce building on Victoria Avenue is all that remains after an intense fire a couple of years ago. 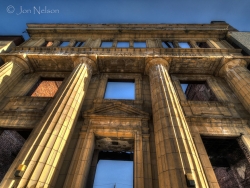 Looking up at the facade of the old Canadian Bank of Commerce Building. (HDR image) 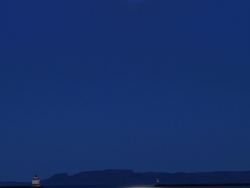 A full moon rises over the Sleeping Giant. 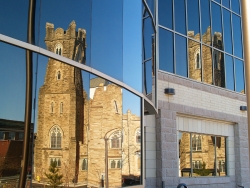 A reflection of the St. Andrew's Presbyterian Church in the new Thunder Bay City Hall building. 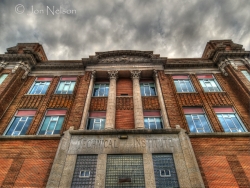 Fort William Collegiate Institute was built in 1907, closed in 2005, and now awaits its fate. (HDR image) 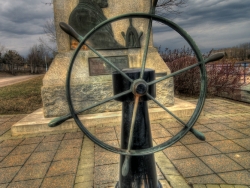 The Sailers' Memorial honours the 58 men who lost their lives in the World War II while working for Paterson Steamships. (HDR image)

A former Via Rail train sits not far from the James Whalen tugboat in the Kaministiquia River Heritage Park. (HDR image) 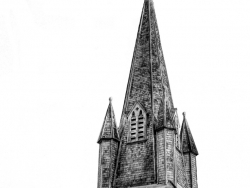 The First Lutheran Church on Banning Street in Port Arthur was built in 1907. 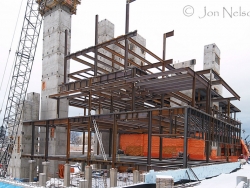 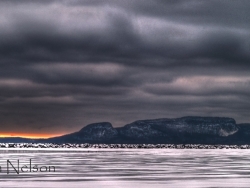 HDR photo of the Sleeping Giant that alters reality somewhat - but so does a strong cup of coffee. (HDR image)
1 2 ... 4 ►