The first Ontario Cup for the 2014-2015 ski season was held on December 21 and 22 at the Lappe Nordic Centre. With the new snow, the race course was in great shape and the weather was a nice mix of son and cloud . Due to conflict with other races and uncertainty about the snow the turnout from outside of Thunder Bay was lower than expected. The races, however, were competitive and exciting and had people eagerly looking forward to the Canadian Nationals that will be held at Lappe in March. 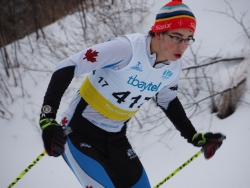 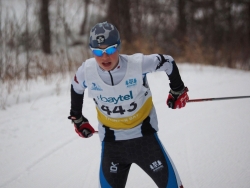 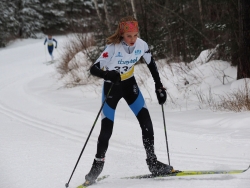 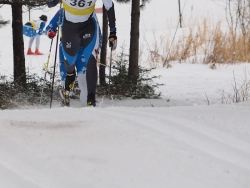 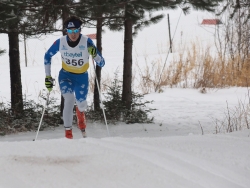 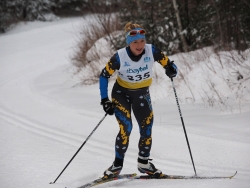 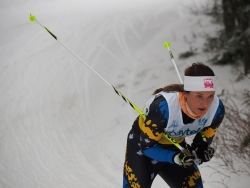 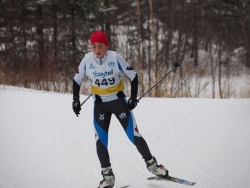 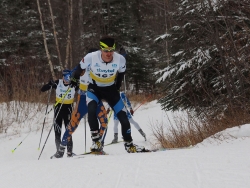 Fergus Foster, winner of Junior Boys race leads the way on an uphill. 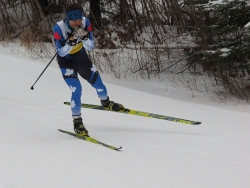 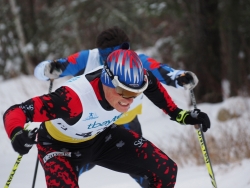 Adam Kates giving his all at the top of 'the grunt'. 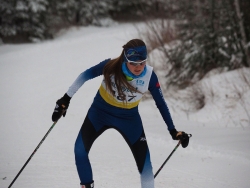 Heidi Ohrling skied to a Bronze Medal in the Junior Girls skate race. 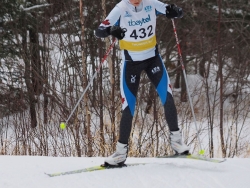 Heidi Stewart was the winner of the Juvenile Girls race 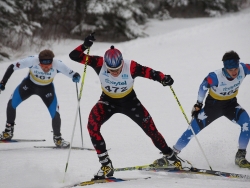 Adam Kates leads the way up the hill in the Senior Men's skate competition. 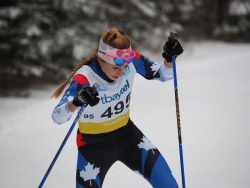 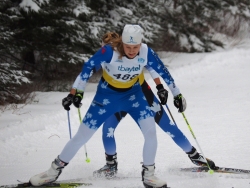 Laura Inkila leads all female skiers up 'the grunt' and had the fastest time of all the women skiers. 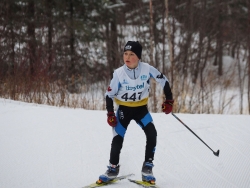 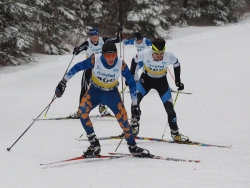 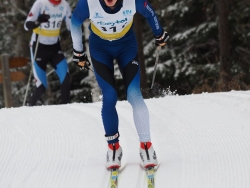 Oliver Grocott of the Highland Trailblazers comes over a hill in a Classic race. 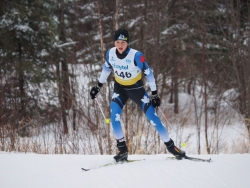 Travis Halls skiing for Lappe in the Midget Boys race. 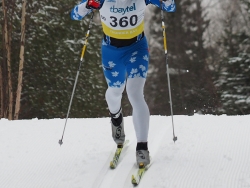 Lappe's Werner Schwar powers over a hill in the Senior Men's classic race.