A hodge-podge of images, most of them in HDR, of statues, farm machinery, railroad cars and other interesting objects I have encountered. 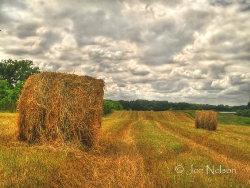 Round hay bales resting in a field along a gravel road near Sunburg, Minnesota. (HDR image) 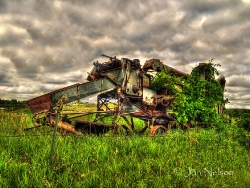 This is one of the many old threshing machines that are found along the roads and ridge tops north of Sunburg, Minnesota. (HDR image) 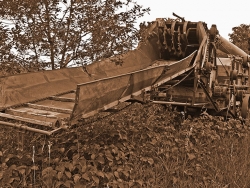 The same threshing machine, this time a single photo in sepia. 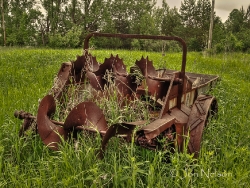 An old manure spreader rusting in a field near Paynesville, Michigan. (HDR image) 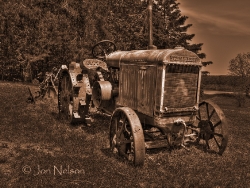 A McCormick-Deering tractor in the yard at Hauser's Haus near Bayfield, Wisconsin. (HDR image) 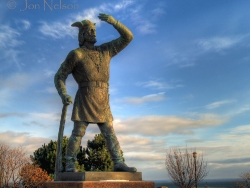 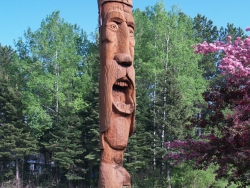 This quirky wooden statue based on the legend of St. Urho is found in Finland, Minnesota. 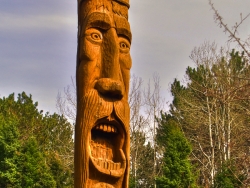 Head of the statue in Finland, Minnesota. (HDR image) 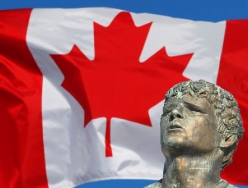 The Terry Fox Memorial is just north of Thunder Bay, near to where his run came to an end. Thie image is a composite of Terry's head and the Canadian flag. 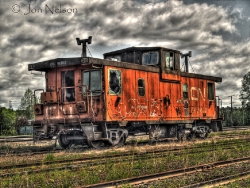 A rembrance of things past. An old caboose, still in use, fading away on railway tracks in Atikokan, Ontario. (HDR image)